The brief was to submit work 1.5cm x 2cm max. I was away at the time visiting a friend in Hawaii. The first time I was there 30 years ago I decided to become an artist so it seemed only fitting to reproduce one of the images I painted on to surfboards 30 years previous the Title: Eyeland a palm tree within an eye, tricky when you are away from home and the studio and a magnifying glass!

I first painted this image in 1995 for “six years of house” at the time we were looking back over a long period of time in house music telling this long story/history of house, little did we know it was still just the beginning.

Later the same image was used to promote and appeared as a piece at Art Core an exhibition and auction at Selfridges, London 2009 hosted by Dreweatts as well as Raindance Festival London. These are a reworking of the original. Hand embellished make-up turning into tears bringing her to life and is probably what was missing from this image all along…

I was approached along with many other artists to produce a piece of art on an old £5 note. So having a sense of humour, I produced a note that gave a nod to the Acid House era which helped me earn a living as an aspiring artist. The queen is the smiley face, the icon of a generation whether you like it or not. Pezman a character which has enjoyed a long life span had to appear on the back. The idea of art Pez money makes me smile just thinking about the mischief you can have. The best part about the whole project is it is a charitable event and raises money for a fantastic cause.

This three day exhibition is a retrospective featuring a back catalogue of works from the creation of dance music in the late 1980’s up to around early 2005. The exhibition features seminars that allow you to explore the dance music culture and meet the artists and protagonists involved. This year featured artworks on display from myself, Junior Tomlin and Kaos with a collaboration between myself and Mr. Tomlin each taking half a canvas which was then sold off for the charity Centre point. A trip back to my teenage years too watching Paul Ibiza hanging an original backdrop I painted for his party way back when. The design was in fact the same as my first ever flyer also for him. 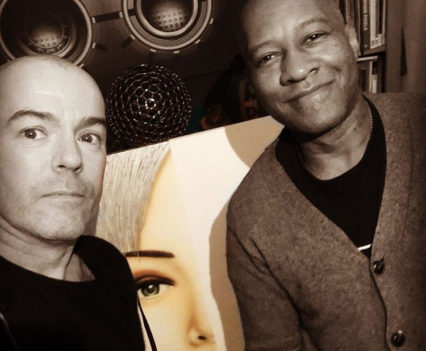 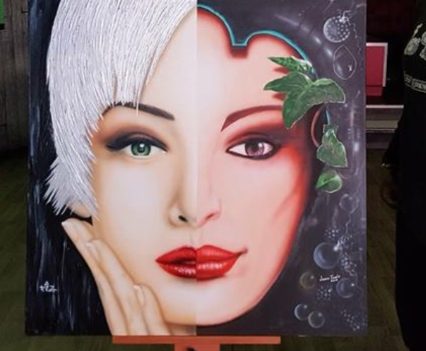 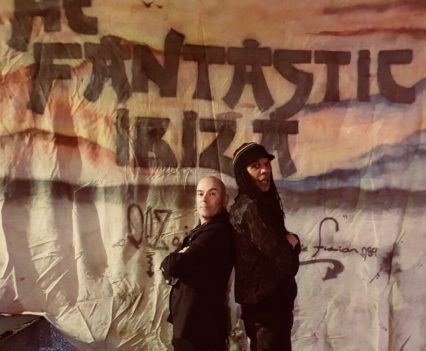 First and original backdrop from 89

September 2017 : The making of Arabella

Whilst working on “No Angel” I had the added distraction of Arabella showing me a photograph or ‘selfie’ she had taken using her iPhone, I was so impressed with the image that I promised to paint it for her. Executed over two evenings I really enjoyed producing this very personal monochrome piece.

Movie of the canvas can be seen under the Title Arabella in Work Menu.

Working on “No Angel” a face I have painted previously but this time I wanted to incorporate it into a geometric crucifix for a larger 5ft canvas. I decided to practice the features on a smaller 900mm x 900mm and have fun with it first..

A close friend of mine showed me a design for a tattoo she was about to have. I had to object to the design and offered to design her a tattoo based on iconography that meant something personal to her, after all she would have to live with it every day and I felt that it should at least reflect what she truly wanted. I have never designed a tattoo and probably will not again… but never say never…

The study below is for a 5ft x 4ft canvas where the hair will become a waterfall pouring into a floating lake.

Humanity is obsessed with image “Instagram, Facebook, Snapchat….” Image used to be managed, presented and advertised to the public sphere. Now images are sent raw directly to the viewer, group or follower without needing to be in the public sphere, once viral or a meme then the image is in the sphere. People now have direct access to present themselves to their own audience or even the whole world.

It had been a long time since I had picked up a paint brush, my daughter inspired me to start again after discovering my previous work. I set out to paint a canvas of Charlotte & Arabella (my daughters) to place in my home. The flame reignited I set up a new studio.

The recent rise of Gigi in celebrity culture, an icon, an A lister, A model, A Victoria Secret Angel …. An angelic close up instagram image was the inspiration for the series. I had found the modern icon I was looking for to fit into the ideas I wanted to convey.

Some of the canvases are me exploring new techniques (for me) practicing ideas and just letting go, but most of all enjoying painting. Nearly all of my work over the years has been commissioned, so its crazy for me to just paint. Its great, the highs and the lows of pushing away from what you are comfortable doing to try something else…